Kellan Lutz Becomes a Face of 'I Can Too' 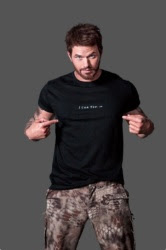 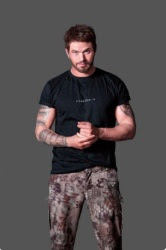 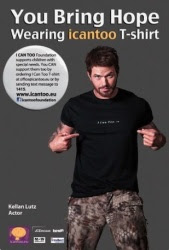 Hollywood Actor Kellan Lutz Becomes a Face of I Can Too in Support of Children with Special Needs. The magnetic actor is the newest supporter of the Foundation.

I Can Too is a small but very ambitious international charity dedicated to supporting children with special needs. The main idea of the organization is that everyone can join to support by whatever he or she can do best. All work of the foundation is based on this principle.

Kellan was so impressed with the story of I Can Too that he decided to promote its mission and to build a long-term commitment to the organization.

I Can Too helps more than 250 children with special needs and their families. The organization began in 2006 by supporting two existing centers in Bulgaria. In 2008, in just five short months and entirely by in-kind donations, it established a rehabilitation center for children with disabilities in Sofia, the capital of Bulgaria. Following this model of work, I Can Too is establishing a Center for Children with Autism in the city of Plovdiv, Bulgaria with the in-kind support of the local community. The Center is scheduled to open in 2014.

Kellan shows his care for all children by volunteering to have his photo taken wearing an I Can Too Т-shirt. The actor comes from a large family. He has six brothers and a sister. As a member of such a large family, he leaned to share his love and enthusiasm.

“I am so proud to be part of this because of all they have achieved!”, said Kellan during his I Can Too T-shirt photo shoot. Kellan reminds us that being good doesn't cost anything!

As a young actor Kellan had an impressive career. He worked on “Expendables 3”, which has been filmed in Bulgaria. Les Weldon, the producer and one of the supporters of I Can Too introduced Kellan to I Can Too. Most impressed by the principle of I Can Too that everyone can contribute by whatever he or she can do best, Kellan was motivated to become a supporter of their initiatives.

Best known for his role as Emmett Cullen in the worldwide phenomenon THE TWILIGHT SAGA, Kellan will next be seen as the title role in “The Legend of Hercules” and “Expendables 3,” both which are scheduled for release in 2014. In addition to acting, Kellan has also been seen in several high profile modeling campaigns including the Calvin Klein underwear campaign. While not acting, Kellan can be found giving his time to his many charitable ventures.

More than 200 international and Bulgarian celebrities and artists have chosen to help the children with special needs by joining the initiative “You Bring Hope - Wearing I Can Too T-shirt”.

The in-kind support from people all over the world including governmental, non-governmental organizations and the Bulgarian diplomatic mission in the USA makes I Can Too one of the most reputable organizations in Bulgaria.

You CAN TOO support children with special needs. Join the cause by sharing your ideas, by volunteering, making a donation or an in-kind contribution; by telling your friends about I Can Too or by promoting the organization through your social networks.

You can also help by purchasing an I Can Too T-Shirt: office@icantoo.us

Kellan Lutz for I Can Too: The Actor Kellan Lutz from the movie The Legend of Hercules becomes a face of I Can Too in support of children with special needs.