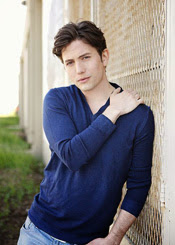 West Hawaii Today  Now in its ninth year, the Big Island Film Festival at The Fairmont Orchid, Hawaii has announced its 48 official selections to be screened May 22 to 26. The “talk story” film festival is a celebration of narrative films and filmmaking, with free family films at The Shops at Mauna Lani, daytime movies and nightly double features for grown-ups with no-host bar and pupu, plus “meet-the-stars” celebrity social events and more at The Fairmont Orchid, Hawaii.

The grand opening at 7:30 p.m. May 22 at The Shops at Mauna Lani will include a free sampler of short films, and a chance to welcome filmmakers to the island. Celebrity guests Portia Doubleday, who appeared in “Her,” “Carrie” and “Youth in Revolt,” and Jackson Rathbone, who plays Jasper in the “Twilight” series, will appear in person, to give fans a chance to show their aloha.

Best known for his role as “Jasper Hale” in the hugely successful TWILIGHT franchise, Jackson Rathbone has been an international presence in film since 2007. Originally hailing from Texas, Jackson quickly found roles in both movies and television, garnering critical recognition for his turn as a serial killer in CRIMINAL MINDS, as well as lead roles in major international box office hits such as TWILIGHT and THE LAST AIRBENDER. He can most recently be seen in the upcoming super-natural independent suspense thriller THE DEAD MEN.

Award presentation with honoree interview and audience
Q & A. then more incredible food & beverages.
Reservations by May 24 – $35 per person