hollywoodreporter Bret Easton Ellis, Josh Schwartz and Stephanie Savage and their Fake Empire cohorts as well as Catherine Hardwicke are heading to work at The CW. 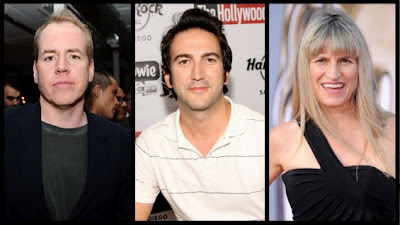 The youth-skewing network has given a script order to Copeland Prep, an hourlong drama set at a secondary school.
Ellis, whose credits include novels that were turned into feature films such as American Psycho and The Rules of Attraction, will pen the script and executive produce alongside Fake Empire's Schwartz, Savage,Len Goldstein and Nicky Weinstock for Warner Bros. Television, where Schwartz is under an overall deal.
Twilight director Hardwicke is on board as an executive consultant on the project, which revolves around a premier secondary school so fiercely competitive that it's turning its students into monsters -- literally -- and spreading the disturbing ramifications throughout the town.
Copeland Prep comes as Schwartz and company head into the 2012-13 TV season with four series on The CW: the final season of Gossip Girl,second-year drama Hart of Dixie and freshman entries The Carrie Diaries and Cult.
Upplagd av rosebellas kl. 02:20