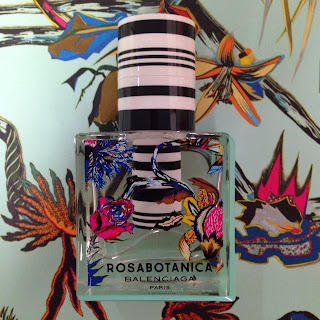 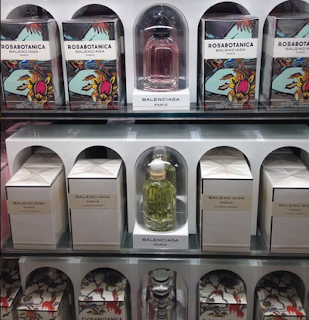 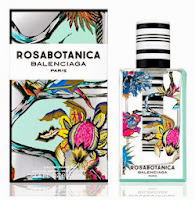 
cosmeticsbusiness Once again created by Olivier Polge and Jean-Christophe Herault of IFF, it has head notes of blue hyacinth, fig leaf and petitgrain, heart notes of rose, grapefruit, cardamom and pink pepper and base notes of white amber, cedar, vetiver, patchouli and a “clean woods” accord. It comes in the same rectangular bottle as Florabotanica, decorated with 17th century-style florals in tropical shades of magenta, yellow and blue and featuring the same tall, black and white striped cylindrical cap as was seen on Florabotanica. The outer packaging features the same florals. The fragrance will be available in perfumeries and selected Balenciaga outlets.

It can be pre-ordered now at Neiman Marcus, at a cost of $100 for a 50ml EDP. In Europe, the fragrance will cost €53 for 30ml, €75 for 50ml and €105 for 100ml. The perfume will be publicised by actress Kristen Stewart of the Twilight film franchise, in an ad campaign shot by British photographer Craig McDean. The campaign will roll out on a country-by-country basis depending on orders. Rosabotanica is Balenciaga’s 23rd fragrance since its launch of Le Dix in 1947. The brand’s fragrance licence is held by Coty.
New Link for ORDER HERE | Display Via/Tnxs  @vonch

Rosabotanica, the second rose in the enchanted garden. The fragrance unveils a fresher territory, with a sheer, enveloping second skin character.

Olfactive: Floral; A bright and spicy rose
The fragrance opens with crystalline floral accents of hyacinth and creamy green notes of fig leaf, refreshed by the natural green character of petitgrain.
The experimental rose offers bright vegetal notes while sparkling, slightly bitter drops of grapefruit and fresh spicy notes of pink pepper and cardamom enhance its personality.
The white, amber dry-down is cleared by a structure of vibrant and luminous white woods, made of cedar wood, vetiver and patchouli with clean woody notes.
3.4 fl.oz./100mL

About Balenciaga:
The first Cristobal Balenciaga house of haute couture was founded in 1919 in San Sebastian, Spain. By 1937, Paris became home to the famed couturier. In 1946, the House of Balenciaga launched its first perfume, and soon it attracted the same acclaim as the famous Balenciaga couture pieces, which are today under the skillful guidance of Creative Director Alexander Wang. 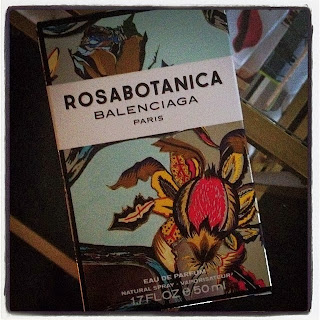 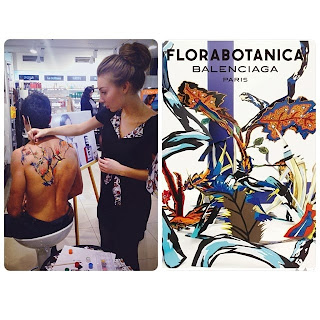