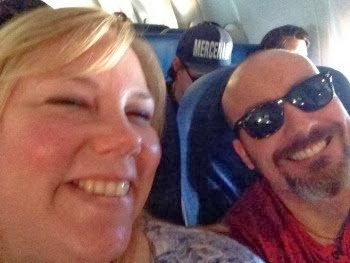 Source "I am not one to usually get star struck, but yesterday at Atlanta airport I became a dorky teenage boy with a crush.
We had lunch at TGI Fridays, as we were about to leave Kristen Stewart sat down two tables from us. I wanted to say something but chickened out. We boarded our flight, just before the airplane doors were closed guess who walked in, Kristen Stewart was going to Nashville and she sat directly behind me.
When we landed at Nashville and were waiting to deplane I turned around and talked to the girl that is the lock screen saver on my phone. We talked for a couple of minutes, I shook her hand and then it was over. I took this photo before I talked to her, she asked that I not take a picture so I didn't get a good pic. She was very polite and I was a complete dork, but it was worth it lol."