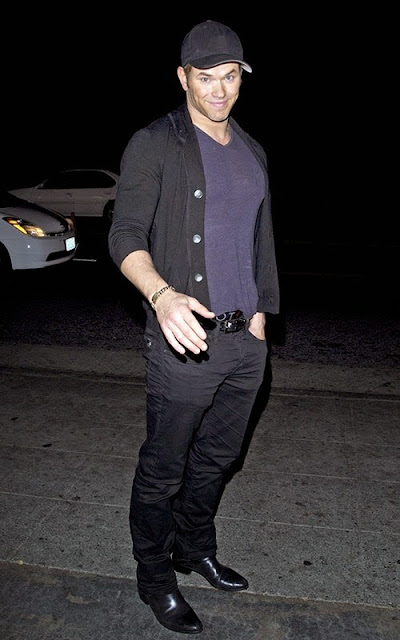 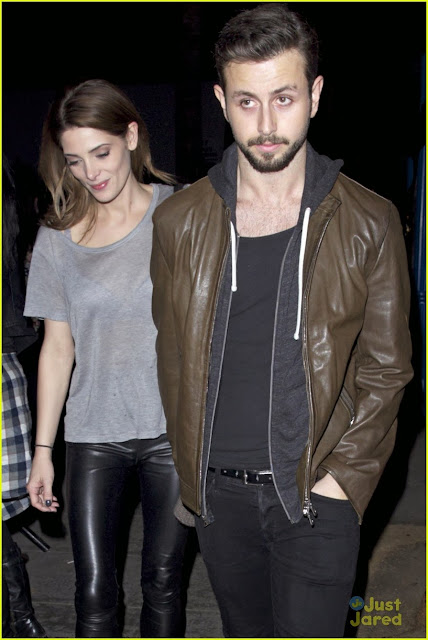 eonline Ashley Greene spent her 27th birthday with her two favorite men: Kellan Lutz and Paul Khoury! The Apparition star invited a few friends to celerbate at West Hollywood's DBA Thursday, E! News has exclusively learned. "Ashley came with her boyfriend, Paul," a source says. "You could tell they really like each other. It's cute."
Guests were served Ketel One vodka and champagne, and at one point, a confetti gun went off. "It was really fun!" the source says. The birthday bash also gave Twilight stars Greene and Lutz a chance to reconnect.

"Kellan and Ashley are really good friends, and since they hadn't seen each other in a long time they finally had a chance to catch up," the source says. "They sat together talking for quite some time."
Lutz, 28, came with two guys in tow and proceeded to flirt with a few girls at a neighboring booth. "At one point Kellan lifted one of the girls over to his table to dance with him," the source tells E! News.

Greene treated herself to an early birthday present this year when she reportedly bought a Spanish-style home in Beverly Hills for $2.435 million. Not a bad gift!

02/21/2014
paulkhoury Happy Birthday to the woman that makes everything worth it. @ashleygreene Love you bubba