Series two picks up with Samberg's character Cuckoo missing - presumed dead - in the Himalayas, and his young widow Rachel (Kari) is still suffering from the loss of her husband.

Lautner is cast as "a handsome and mysterious young stranger" in Lichfield, who shakes up the fragile equilibrium.

radiotimes The second series of the Bafta-nominated comedy - starring Greg Davies and Helen Baxendale as Ken and Lorna Thompson - will return two years after Cuckoo (Andy Samberg) flew the coop to continue researching his book, going missing in the foothills of the Himalayas. Eventually presumed dead, he left behind his grieving wife - the Thompsons' daughter Rachel.

As we revisit Lichfield, life in the Thompson household is only just getting back to normal with Dylan (Tyger Drew-Honey) about to head off to university and Rachel in a new relationship with nice-but-dull lawyer Ben. But when a handsome but mysterious stranger appears (that would be Lautner), searching for the man who found fame and philosophy in none other than the jack-et po-ta-to, their fragile equilibrium is shattered.

"Cuckoo was one of BBC3's most stand out comedies, so I'm delighted to welcome it back with the addition of superstar Taylor Lautner joining the critically acclaimed Greg Davies and an outstanding British comedy cast for what will be one of the comedy treats of the year," confirmed channel controller, Zai Bennett. 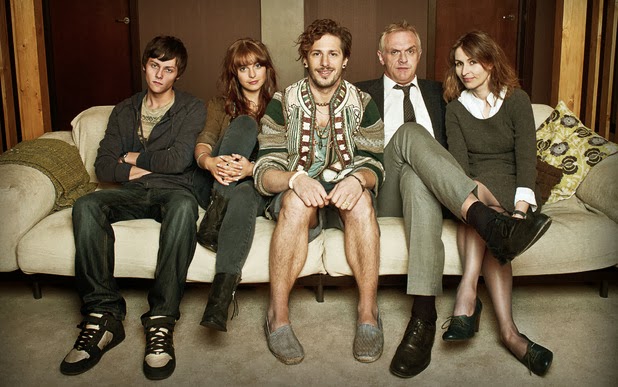