Ashley Greene for Bvlgari's new Save the Children campaign 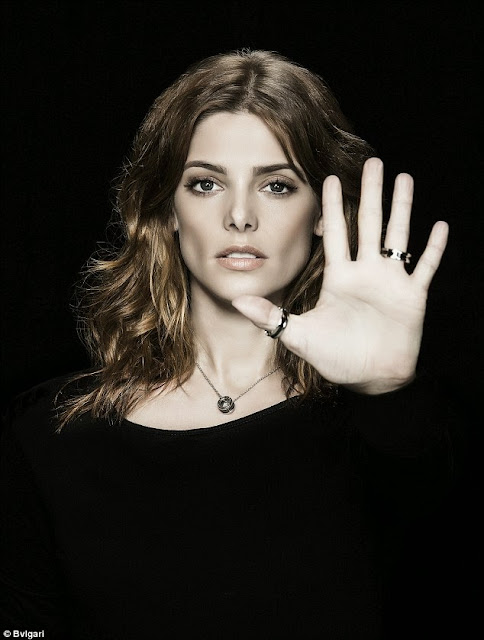 dailymail A slew of Hollywood stars have come together to support a new campaign from Italian fashion house Bvlgari to stem childbirth deaths.
On the occasion of their 130th anniversary, the brand have launched a new silver and ceramic pendant with hopes to generate £1 million to save over 50,000 newborn children’s lives via Save The Children.
Over 170 celebrities have supported this campaign so far, including Meg Ryan, Naomi Watts, Oliver Stone, Alexander Ludwig, Camilla Belle, Dita Von Teese, Jeremy Piven, Jon Hamm and Lizzy Caplan.

Wearing black clothing and flanked by a black background, the stars can be seen holding a hand up to the camera - as if trying to physically stop the tragedies happening.
Jeremy Renner, Lara Pulver, Olga Kurylenko, Olivia Cooke, Olivia Munn, Tom Welling, Andrea Riseborough and Ashley Greene are also involved.

Bulgari decided, in 2009, to take action on behalf of disadvantaged children around the world, as too many children are unable to attain their own aspirations because the lack of education perpetuates the cycle of poverty.
Partnering with Save the Children, Bulgari launched a campaign of unprecedented ambition and scope in which part of the proceeds from the sale of Save the Children jewelry – custom designed by Bulgari – are donated to the charity.

To date, the enormously successful sales of its specially designed Save the Children ring have helped raise over €20 million (us$27 million) in donations for Save the Children.
The sum exceeds, by far, the ambitious objective set in 2009 when the partnership began, and both Bulgari and Save the Children believe the new pendant will be an exceptional addition to the cause.

Bulgari’s new focus was inspired by some shocking statistics. Every year, 2.9 million babies die within 28 days, while a million die on the first day of their life.
An additional 1.2 million babies are stillborn each year, their heartbeats stopping during labour because of childbirth complications, maternal infections and hypertension.