UPDATE
bizjournals Another of the highlight items of the evening was not in the program, announced at the eleventh hour by movie producer Michael Benaroya, son of Sherry and Larry Benaroya. Michael Benaroya had been diagnosed with Type 1 diabetes as a child and was the reason his parents helped co-found the guild. He surprised the audience with his offer of a walk-on part in his upcoming flick, "Seasons of Dust," with Robert Redford. It went for $17,000 to Leslie and Dale Chihuly.

Via @Vonch I remember this news last year. Kristen and James Franco New Movie - EXCLUSIVE!!: http://youtu.be/9T-zjIXMfm8
Exclusive Details on Kristen Stewart's upcoming movie -- guess which fella is co-starring with her!
While nothing is confirmed as of yet, word on the street is that Kristen Stewart is gearing up to co-star alongside James Franco in a new indie film.

The movie is called Seasons of Dust, and according to our insider source, Kristen will play a character named Janey -- while James will play a brooding crook named Ricky.
As for the plot, the movie takes place around the time of the Great Depression. It all starts when Janey is forced to move-in with a farm family after her grandfather commits suicide. But, when the son tries to rape her, she injures him badly and flees the town unaware of whether or not the son is still alive. That's when she meets the dashing criminal Ricky -- and the two embark on a journey across the country as they must stay one step ahead of the law and two hired hit men who are hot on their trail. Unfortunately, their trip seems destined to end in tragedy.

According to Movie Scope: Market Buzz: Hottest Titles at EFM 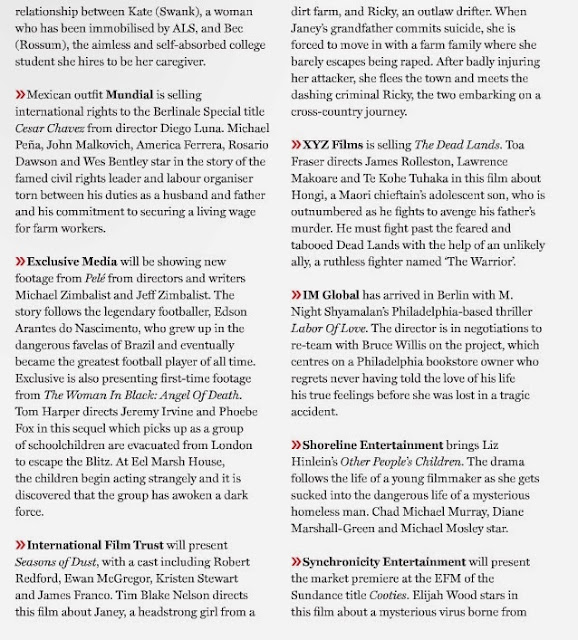