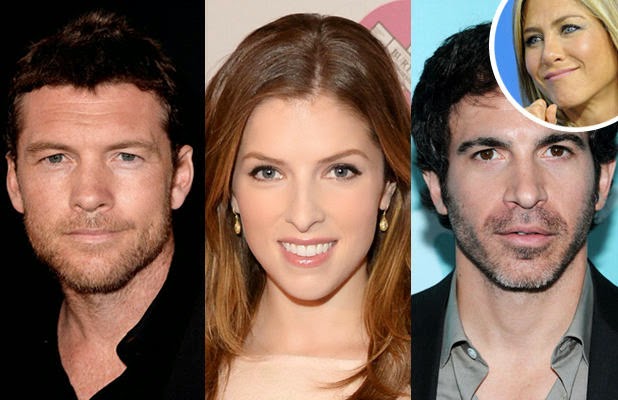 Daniel Barnz (“Won't Back Down”) will direct from Patrick Tobin's script, which was voted to the 2013 Black List.

Aniston will play an acerbic woman named Claire who becomes fascinated by the suicide of Nina (Kendrick), a woman in her chronic pain support group. As she uncovers the details of Nina's suicide and develops a poignant relationship with Nina's husband (Worthington), Claire also grapples with her own very raw personal tragedy.

“Cake” is the first film under a new deal between After Dark Films and Shenghua Entertainment, which produces Chinese television. More at souce :)
Upplagd av rosebellas kl. 03:30