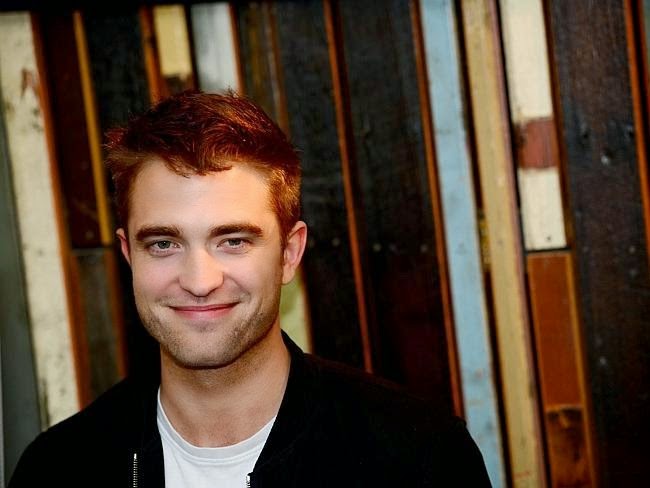 “It’s not really about the physicality,’’ said the former Twilight heart-throb today ahead of the red carpet premiere of dystopian Outback thriller The Rover at the Sydney Film Festival on Saturday night.“Those leading guy roles are all extremely confident characters and I am just not confident. I would feel weird faking that confidence.

“The action guy who does the little quip at the end of killing somebody? I would sound like a psycho.”Pattinson said he and co-star Guy Pearce, with whose character he forms an uneasy alliance in The Rover, had compared notes.
“We’re not really considered for those normal leading man roles — well, maybe I was for a little period after Twilight. I guess I gravitate towards niche things but also those are the things I get offered.”Pattinson, who spent a month on location in South Australia while filming David Michod’s hotly-anticipated follow-up to Animal Kingdom, says the closest he is ever likely to come to playing a classic leading man is his role as T.E. Lawrence in Werner Herzog’s Queen of the Desert, which stars Nicole Kidman.“I was playing Lawrence of Arabia! They are huge shoes to fill,” he said.“I think it was my most challenging role so far. It was certainly the scariest, even though I only had a few scenes.”The 28-year-old actor said Kidman was very different to how he expected she would be.“I guess maybe I saw her as quite untouchable. I was only in Morocco for about 10 days, but she is really funny and super accessible — just hanging out with her kids.
“She was really easy to work with. I really liked her.”Pattinson, who was photographed coming out of an LA gym immediately prior to boarding the plane to Australia, puts his relatively recent conversion to treadmills down to age.“When you get to your late 20s, you start turning to fat. It’s crazy. You actually have to think about what you eat. It’s so annoying,” he said. “I thought it would happen a bit later.” The former vampire of The Twilight Saga was one the starS in Cannes where he presented The Rover, a radical road movie.

"I'm starting to like it". Outside, a huge wind is sweepinp across La Croisette. But this time, Robert Pattinson is not responsible. They are real blast of winds that are trying to destroy the tent that has been set up on the terrace in the Palais des Festivals. The actor will trigger off a tornado in the evening while he was going up the stairs for the midnight screening of The Rover. Since the selection of Cosmopolis last year [in 2012], Pattinson feels at home in Cannes "When I saw the reactions to the film, I thought I was on the right path. I started to be recognized as a true actor, not as the Twilight hearthrob anymore."

However we won't see The Rover as a mere excuse to achieve it. The movie made by the Asutralian director, David Michôd, known for Animal Kingdom, should stay as one of the striking alien movie this year. We discover an Australia burdened by an economic apocalypse, a guy (Guy Pearce who is aweseome) angered by the robbery of the only thing he had: his car. The quest to get it back becomes an obsession. And the corpses are going to add up. We think a lot to Mad Max, another post apocalyptic australian delirium and we are admirative in front of the project's radicalism. (A few words but a lot of driving). Nihilism to which Pattinson, with rotten teeth, contributes. We'll soon find him with another crazy director, Werner Herzog "I will never deny the Twilight era. But I love the cinema. I'm currently buying tons and tons of DVDs, in order to improve my movie culture. In front of Herzog, I behaved like a fan. I still have a lot to learn."

"Maps to the Stars" takes aim at Hollywood excess, with an ensemble cast including a bleach-blond Julianne Moore playing a hysterical actress and Mia Wasikowska playing the mysterious, scarred young woman who suddenly appears in her life.
Although it marks the first time Cronenberg, known for "A History of Violence" and "Eastern Promises," has made a film about Hollywood, he said he has been trying to make the movie — based on a script by novelist Bruce Wagner — for a decade.
"I've never really been obsessed with doing a movie about movie-making or anything like that, but in a way his script was not that. It's about ambition and fear and desperation and a whole bunch of other things within the context of movie-making," he said.
The film reunites Cronenberg with "Cosmopolis" star Robert Pattinson, who the director called "a terrific actor."
"When we did 'Cosmopolis,' he didn't really want to do it because his character was in every scene. He really wanted to be in an ensemble piece, where he was one of a great cast of actors," said Cronenberg. "I said, 'We talked about that and here it is. Here's a perfect role for you.'" 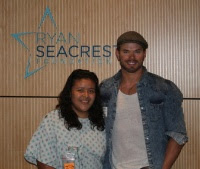 CHOC Children’s Hospital was thrilled to have Kellan Lutz in studio to talk about his most recent projects and spend time with the patients. Lutz talked about all the different roles he has played throughout his acting career, including the roles of Emmett Cullen for the Twilight Series and Hercules for the new Legend of Hercules movie.

As he answered patients’ questions, we learned that the “Twilight” heartthrob went to Chapman University for chemical engineering before he decided that acting was what he wanted to do. Although he did not complete his degree, he feels blessed for the direction his life has gone in and is grateful for everything he has been able to accomplish with his career.

We also learned about Lutz’s love for fashion, as he talked about his clothing line, Abbot + Main, which he co-founded with Danny Guez (also founder of denim line Dylan George). He explained the clothing label makes laid-back styles with a relaxed beachy feel for men, women and children.

Besides being an actor and model, the 29-year old is a passionate animal activist. He even made our hearts melt when he shed a few tears while talking about his experience with Soi Dog Foundation, a charitable organization that helps homeless and neglected dogs and cats in Thailand. He believes it is important to give back and lend a helping hand, especially for those who don’t have a voice.

After his interview, the “Twilight” star was all smiles taking pictures with patients and signing autographs. He later enjoyed visiting the patient rooms and spent time talking to the kids and their families.

Thank you, Kellan, for your delightful and inspirational visit at Seacrest Studios! We hope you come back soon! 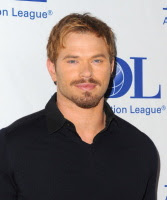 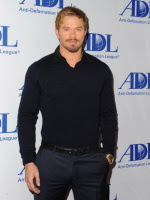 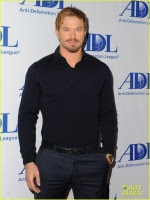 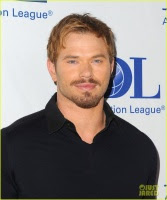 The official 67th Annual Cannes Film Festival Screening Schedule has been released, confirming the premiere dates and times for 'The Rover', 'Maps to the Stars' and 'Sils Maria'.