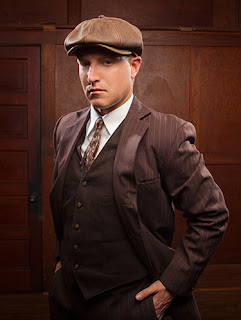 Peter Sattler wrote this phenomenal script about Guantanamo Bay. I finally get to put on the other shoes. On Prison Break, I played the convict. I’ve played the convict a lot and, unfortunately, life has imitated art. I’ve seen the inside of those walls and know them too well, so the interesting thing about this character for me was to get to put on the prison guard’s shoes and walk around the fence-line. I got to see what it was like to play a man who worked inside the prison but got to leave.

Working with Kristen was phenomenal.

I have nothing but great things to say about her. She’s a total tomboy and she loves sports. We were playing basketball or throwing the football every day in the prison.
We set up a driving range there. She’s a great golfer too, so we had an immediate connection with sports. She just loves acting. It doesn’t matter if it’s a small film or a big budget film. She loves acting, as do I.
This story is going to be really, really powerful. I think it’s going to cause some controversy that might make people ask the question, “What should we do with Guantanamo?” parade