#DiorRob Rob on Dior Homme with The Wall Street Journal 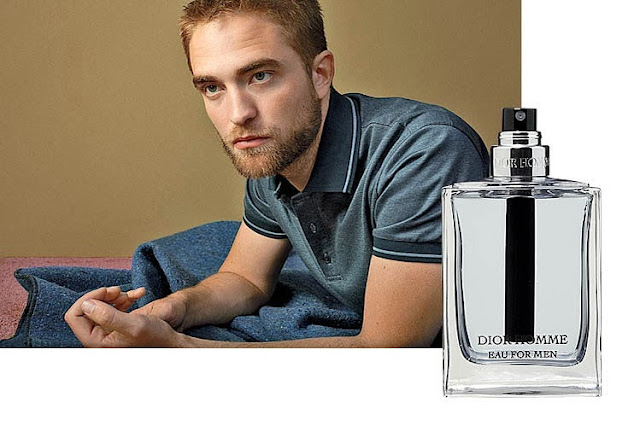 WSJ Since premiering in Europe last September, Robert Pattinson's steamy Romain Gavras–directed fragrance commercial for Dior Homme has generated more than 15 million views on YouTube. When the black-and-white short, starring the 27-year-old Twilight-saga heartthrob makes its American television debut in February, during the Olympics, that number should increase exponentially. Pattinson's steely glances are being repurposed to promote Dior Homme Eau for Men, a fresh new grapefruit and coriander-spiked riff on the heady, iris-laden original scent that hits shelves exclusively in the U.S. in February.

"I like trying to do ambitious things," says Pattinson. Pairing the Parisian luxury brand with Gavras's "violent and visceral" approach was his idea. (The director's infamous 2010 video for M.I.A's "Born Free" was pulled from YouTube for its graphic content.) "That's what got me really enthusiastic about the campaign, that [Dior] wasn't shying away from anything." Pattinson's beauty contract has afforded him a few other perks. "I was a brush-your-teeth-and-have-a-shower kind of guy. I can't tell if it's because of my association with Dior or because I'm older, but I've started moisturizing," he says, calling out the brand's Dermo System Repairing Moisturizing Emulsion as his current skin salve of choice. With a tinge of sarcasm, he adds, "It's been a quite profound change in my life." As for the fragrance he fronts, Pattinson likes it best in shower-gel form. Other musts include Nudie jeans and "old Hanes T-shirts," he says. "There are stores that sell these sweat-stained T-shirts for like $80. It's a weird cult!"

Up next for the British-born star is director David Cronenberg's Maps to the Stars—a "darkly comedic Hollywood satire ghost story," according to Pattinson. He also has projects with Werner Herzog and Anton Corbijn in the works. "This year, I'm trying to see what my niche is."
Via RPLife
Upplagd av rosebellas kl. 22:55