*From "Breathe In" Press Jumket 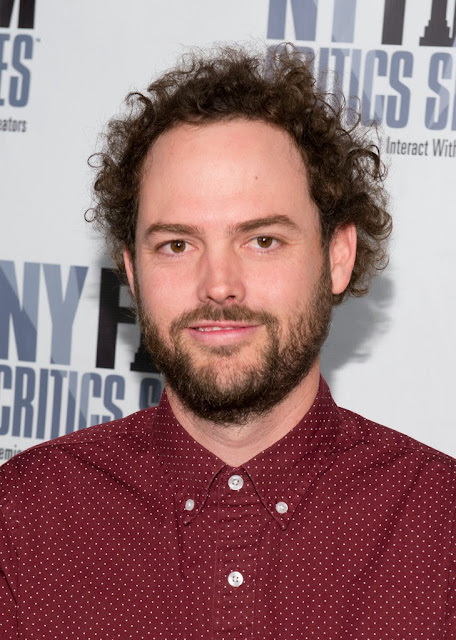 indiewire  (..) Did this film have to be scripted more because there are effects and things you need to work out technically?
A little bit, but it’s more that I wanted to work out something totally different. I did a web series for Toshiba last year, called “The Beauty Inside,” that was really fun to do. And it was from a script—it was more of a hybrid; I improvised a good amount, so it was a little bit of both—and I really kind of fell in love with that. So I want to change the process a little bit, and work from a script, work from a blueprint that actually works, and that I love, and then kind of organically find the scenes as we go. But it’s nice to have something on paper.

Were you itching to make a bigger scale movie?
Absolutely.

So what will it be like? Can you tell us about the new movie?
Yeah, I mean, it’s just a bigger movie. It’s kind of hard to explain. It's still very intimate, and still very performance-based, but at the same time, it's a broader concept, and it's a much bigger idea.

Can you tell us what the story is?
I haven't really talked about it yet. I'm not really as articulate yet on it; I'm not there yet. Sorry!

Hey, that’s okay. What can you tell us about your cast?
It's Kristen Stewart and Nick Hoult, and they are fantastic. I think people are going to see a very different side of them than they've seen before. We're just going to get in and try to make something really unique and really special. We're shooting later this year.

interviewmagazine  (..) BROWN: Can you tell me about your next film?

DOREMUS: Sure. It's called Equals and we start shooting later this year. It's a script, like I said, written by a really talented writer named Nathan Parker, who wrote Moon (2009). It's an idea that I had that we've been collaborating on for the past year and a half. It's a different genre, but it's still a love story and still in the vein of what I'm interested in doing.

awardscircuit  (..) JM: Awesome. Well, for the next movie, you’re going sci-fi I heard?

JM: Very cool, and thanks!

thewrap Now, Doremus is moving on to his sixth film, a more scripted movie called “Equals,” which will star Kristen Stewart and Nicolas Hoult. Still, he assures TheWrap, “there will definitely be some improv in there.”

April 4 /Via
(..) So you wrote out a linear script for Equals?
Yeah, Nathan Parker wrote the script, the guy who wrote Moon.

It’s kind of my idea and we’ve been developing it together for a year and a half.


If it is a forbidden romance with Kristen Stewart, are you ready for the inevitable comparisons?
[Laughs] It’s really not like that, but I’m sure you hear comparisons about things. At the end of the day, the movie to me is hopefully a very unique departure from most futuristic love stories that anyone’s ever seen in the past.


Most, I don’t think there’ve been a lot of futuristic love stories.

That’s true. Good. We’re already starting there then. I like it.

Were you in Berlin selling Equals?
I was not. We were not. I think that was mistakenly reported. craveonline

Via Mel452 | KstewAngel
Update
Collider (..) Is the sci-fi film Equals the one that you’re going to be working on next?
DOREMUS:  Yeah.  It’s funny, the fact that that’s out there is a little odd because it’s not really a sci-fi film, per se.  It’s a futuristic journey.  But yeah, I’m going to start shooting that later this year.  It’s just hard to define it because it really is something totally unique.  It’s written by Nathan Parker, who wrote Moon, and we’ve been developing the idea for about a year and a half.  It’s a script this time, so it’s totally different from anything I’ve done before, which is exciting.  It will be a little bit scary, but also really exciting to try something totally new.

And you have a cast in place already?
DOREMUS:  Yeah, it’s going to be Nicholas Hoult and Kristen Stewart.
Had you ever thought about working with Felicity Jones again on this?
DOREMUS:  No, this was never a project that Felicity and I were going to collaborate on.  Obviously, we want to work together again on the right thing.  But from the start, I really wanted to work with a brand new team on this, to try to challenge myself to see things a little bit differently, and I love everybody that I’ve been working with.  It’s an exciting opportunity to try something different.

Are you hoping to keep working in the more fluid, less scripted style in the future, or do you think you’re moving more into scripted work?
DOREMUS:  I think it just depends on the story and what the story calls for.  Some narratives call for a much looser, more improvised style, and some call for a much more structured style.  I think it’s just a movie by movie basis.
Upplagd av rosebellas kl. 01:44