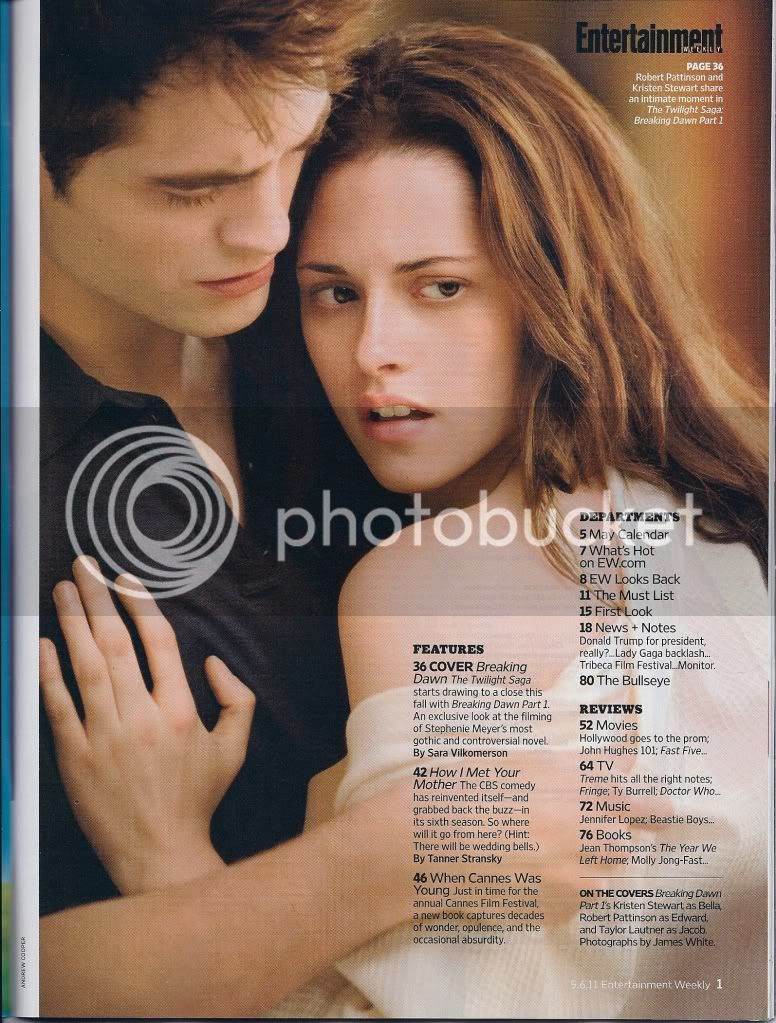 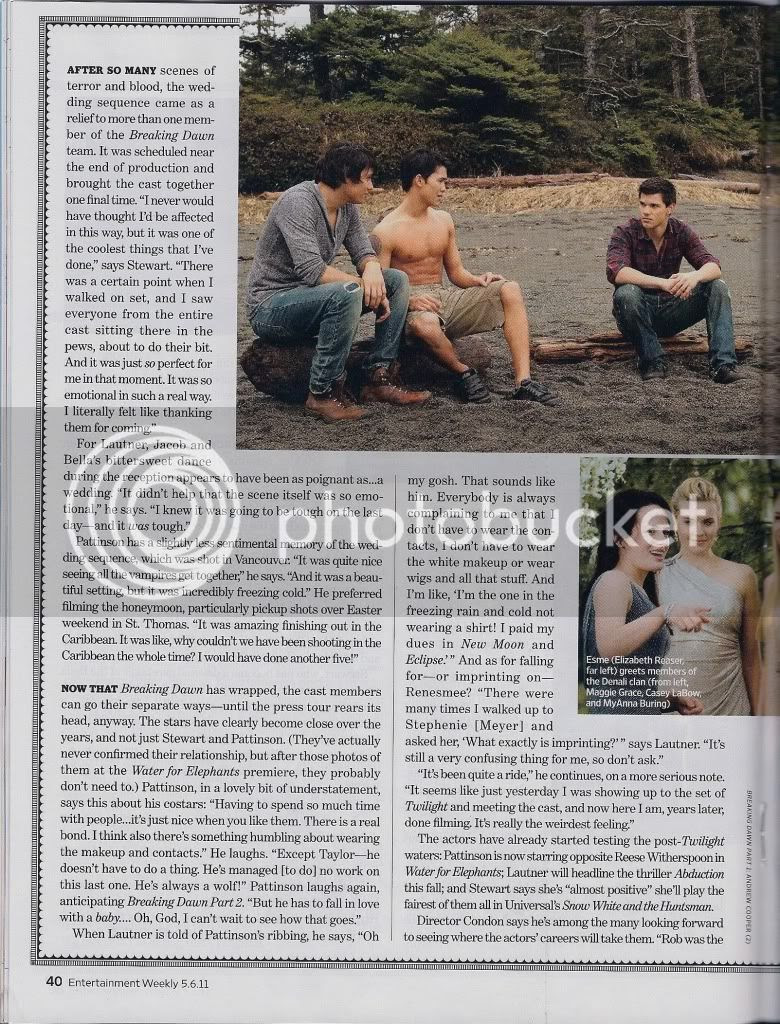 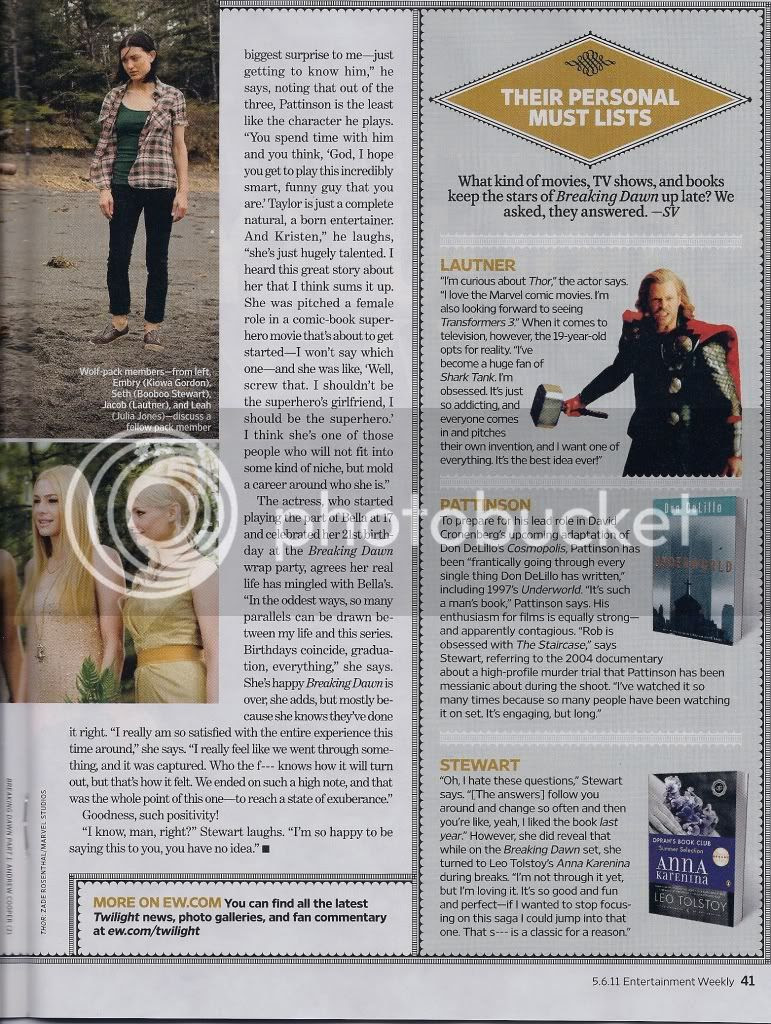 Fans have waited years to see Bella (Kristen Stewart) and Edward (Robert Pattinson) tie the knot, and the wedding scene, scheduled for the end of production on The Twilight Saga: Breaking Dawn, proved to be equally climactic for those involved. “It was one of the coolest things that I’ve done,” says Stewart. “There was a certain point when I walked on set, and I saw everyone from the entire cast sitting there in the pews, about to do their bit. And it was just so perfect for me in that moment. It was so emotional in such a real way. I literally felt like thanking them for coming.”
But filming wasn’t always quite so idyllic. As the stars and director tell EW, Breaking Dawn Part 1 and 2 (in theaters November 18 and November 2012) involved a grueling, globe-trotting shoot, and scenes far darker, bloodier, and more polarizing than any in the franchise so far. If audiences haven’t matured with the Twilight books, they’re about to grow up fast. “We shot everything — whether it’s the lovemaking or the childbirth — as potent and powerful as it can be,” says director Bill Condon, who knew he was working within the constraints of a PG-13 rating. “It will be interesting to see whether there will be people who think it too disturbing for this universe.” For her part, Stewart wishes the movie could have been even truer to the graphic nature of the book — not so much the honeymoon sequence (“It feels like a real love scene, not necessarily vampire-y, which is good”), but the brutal birth of the baby, Renesmee. “It’s funny because when [the PG-13 issue] comes up, everybody thinks it’s all about the sex,” she says. “The birth is really effective, and I’ve heard it really hits you in the face. But what it could have been? It could have been shocking and grotesque, because that’s how it was written in the book.” She sighs: “I would have loved to have been puking up blood.”
Taylor Lautner, who plays Jacob, says that even being a member of the wolf pack didn’t have its privileges. “Everybody is always complaining to me that I don’t have to wear the contacts, I don’t have to wear the white makeup or wear wigs and all that stuff. And I’m like, ‘I’m the one in the freezing rain and coldnot wearing a shirt! I paid my dues in New Moon and Eclipse.’” And as for his plot arc in Part 2, which will involve falling for — or imprinting on — Renesmee? “There were many times I walked up to Stephenie [Meyer] and asked her, ‘What exactly is imprinting?’” says Lautner. “It’s still a very confusing thing for me, so don’t ask.”
Ew
Scans:Epnebelle
Upplagd av rosebellas kl. 17:00