"Cosmopolis" is Heading To US Theaters August 17th. 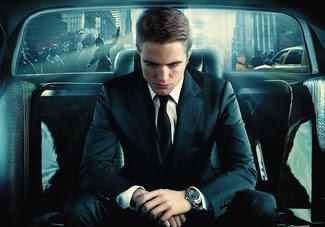 indiewire Entertainment One Films US has set a date for David Cronenberg's "Cosmopolis." On August 17th, the film will open in New York and Los Angeles, expanding into additional markets soon after.

Based on the novel by Don DeLillo, the film stars Robert Pattinson as a 28-year old financial whiz kid who heads out in his tricked-out stretch limo to get a haircut from his father’s old barber. Along the way, he's joined by a cast including Juliette Binoche, Sarah Gadon, Mathieu Amalric, Jay Baruchel, Emily Hampshire, Samantha Morton and Paul Giamatti.
The film debuted at the Cannes Film Festival last month to mixed responses. Indiewire's Eric Kohn said that "'Twilight' fans won't respond to Pattinson's uncharacteristic turn and only diehard Cronenberg fans are likely to spread positive word of mouth" in his review.

Entertainment One is releasing the film in the US well after it does so in Canada and the UK, where release dates are set for June 8th and June 15th, respectively.
Update: via RobStenation