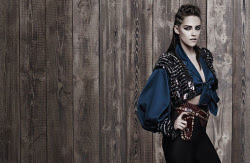 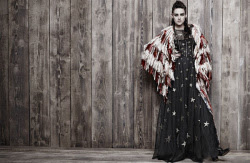 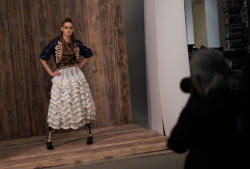 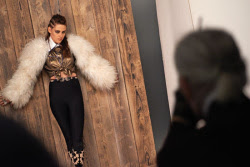 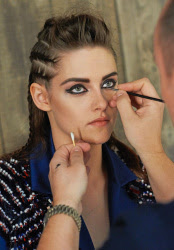 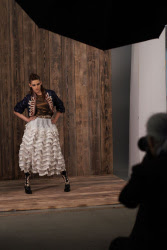 
Ever since we heard that Kristen Stewart was a new face of Chanel, we’ve been dying to see how the line’s creative director and head designer Karl Lagerfeld would style her for his ads. After all, the starlet has a very different look than the ethereal blondes Lagerfeld has tapped for previous campaigns (like Keira Knightley, Blake Lively and Diane Kruger). And as you can see in the first-look video from the ad shoot below, her edgy beauty was played up in cornrows, winged liner and some seriously beautiful clothes.

Stewart had a long working relationship with Chanel — she’s been to its fashion shows and worn Chanel to the Met Gala — before Lagerfeld asked her to model this collection (which he shot himself in Paris). And, she tells PEOPLE, he’s not at all as intimidating as someone of his stature in the fashion world might seem.


“Really, his image is in contrast to what it’s really like to be around him. There’s something almost unapproachable and f—ing chic … And then you meet him and he’s actually an incredibly creative and voracious liver,” she says. “His personal library in Paris that we shot the campaign in, you look around and the staff is like, ‘Now can you believe, he’s actually read all of these books?’ and you’re like, ‘I kind of actually can.’ He’s an impressive guy. He definitely is so much more than the glasses and the hair than you might think he is.”

Chanel’s Métiers d’Art collections are produced once a year to show off the craftsmanship of its ateliers. This year’s “romantic Western”-inspired lineup debuted in Dallas, and can be seen on Stewart throughout the video. “It was about finding which pieces from the collection worked on me,” she tells PEOPLE of staging the shoot. “He’s so good at seeing something that’s not cool and making it cool. Like, I would have my leg in one position and he would throw a toothpick in my mouth and tell me to stop leaning on my leg and in two seconds it was like, ‘Oh, there it is.’ It was very cool and easy and artistic. I didn’t feel like I had to push outside of myself. I didn’t have to try to turn into someone else.”

For more from Stewart — including her relationship with the “incredibly enriching” Lagerfeld and why she really changes into sneakers on the red carpet — check out this week’s PEOPLE (on stands Wednesday) and come back Friday for even more from our interview with the star.