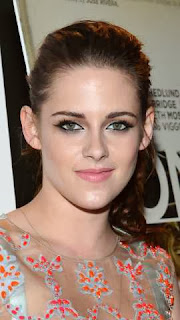 AH LOS ANGELES, CALIF. Kristen Stewart has signed on to play the lead in “Like Crazy” director Drake Doremus’ futuristic love story “Equals,” and it’s making her a nervous wreck.

“I can’t believe I agreed to do it,” said the “Twilight” actress about her upcoming role in the sci-fi drama, which also stars Nicholas Hoult of the upcoming “X-Men: Days of Future Past.”

Stewart describes “Equals” as a slightly updated version of the 1956 film “1984,” based on George Orwell’s classic 1949 novel about rebellion in a repressed futuristic society. “Equals” begins filming later this year.

“I’m terrified of it,” said the 23-year-old actress in a recent interview. “Though it’s a movie with a really basic concept, it’s overtly ambitious.”

“In ‘Equals,’ things go wrong because you can’t deny the humanity in everyone,” said Stewart. “It’s the most devastating story.”

Adds Doremus of his sixth film: “It’s about love in a world where love really doesn’t exist anymore.”

Written by Nathan Parker (“Moon”), “Equals” is the first film Doremus will direct that he didn’t write himself.

“I trust Drake’s process and I know we will do something really natural and real,” said Stewart. “But I told Drake, ‘Don’t expect that I am going to be able to do this. It’s too hard.’ But he wouldn’t take ‘no’ for an answer. I’ve given directors disclaimers before, but never this much.”

Jennifer Lawrence, who appeared in 2011’s “Like Crazy,” was one of the first actresses to read Parker’s script. Though the story brought her to tears, she couldn’t see herself in the role, said Doremus.

“It became evident in my head that Nick and Kristen would have great chemistry,” the director said.