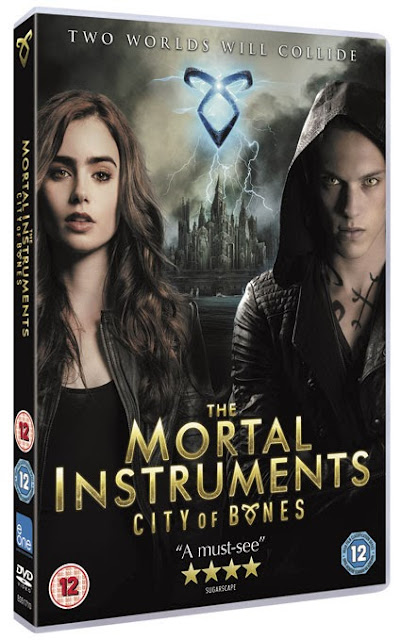 sugarscape If you've been counting down the days until you can watch Jamie Campbell Bower doing his oh-so-sexy thing as Jace Wayland in The Mortal Instruments: City of Bones from the comfort of your own sofa then you're in luck - because the DVD is set for release later this month.

Not only that, but we've got our hands on an exclusive interview with JCB, where he talks stunt training, ice-cream and if he'l be filming any sequels. OOH.

You’ve been in several big films, but is this different to anything you've done before?

Yes this is different, I suppose, to anything I’ve done before. This is the male lead in the movie and that carries its own weight.


What was the biggest challenge in making the film?

The physical aspect was hugely challenging for me and the training prior to shooting was very intense and extensive - four months of gym and martial arts. Even when we were shooting, I was still training every day. That was a huge challenge.

Why so much training?

There had to be a physicality to the character, visually, and also in order for me to be able to do all the things that I was doing. We’re talking like three, four hours training a day – which is still a lot. And you know, watching what I was eating, having a nutritionist. I mean, all those kinds of things.

So when you finished, did you dive into the nearest tub of ice cream?

(Laughs) Sometimes I’d find myself jamming my face full of sugar going, ‘What am I doing?’ But I have to say, it actually helped me feel good within myself to have that sort of diet and physicality, so it’s something I’ve continued to do in my life. Not to the same extent, absolutely not. But to an extent where it’s still healthy.

After training for the action sequences, what was it like filming them?

We used very, very little CGI for the stunts and there’s only one instance I can think of where we used wires, so it was pretty hardcore. We were filming in a place called Hamilton, near Toronto, for scenes in the movie that take place in this location called The Hotel Dumort - where a lot of the action takes place. You know, you’re there at 3 o’clock in the morning and all you want to do is go to bed, but you have to jump on a trampoline, do a front flip onto a table and kill four guys in the process (laughs)... It was hard work, but it was also great fun.

What’s next for you - more Mortal Instruments movies?

Obviously, right now, we’re focusing on [film] number one. Would I like to do more of them? Absolutely. Do we have to wait and see how the first one does? Yes. So, you know, that’s where I’m at with these. So, what’s next? Salvation, hopefully at some point, and enlightenment. Who knows…

The Mortal Instruments is available to own on DVD from Monday 27th January
Upplagd av rosebellas kl. 05:30